Stephen Cuddy Optometrists continue to invest in latest technology. OPTOMAP with AUTOFLUORESENCE provides an ultra-widefield image of the retina with 82%, as opposed to the conventional image of 15%.

The retina is the only place in the body where blood vessels can be seen directly. Systemic diseases such as stroke, heart disease, hypertension and diabetes can often be diagnosed. Autofluoresence the newest way to view the retina, can detect areas of unhealthy tissue often before they are visible with conventional methods. Thus providing earlier detection.

How an optomap image is captured

Optomap can image up to 200 degrees of the retina in a single capture. Unlike full spectrum white light used in conventional devices, optomap technology incorporates low-powered laser wavelengths that scan simultaneously. The lasers create a virtual point, posterior to the iris plane and then the lasers pivot in order to create the large scanning angles. There are fewer than 50 optomaps in use in the whole UK at present, out of over 7,000 Optometry practices. 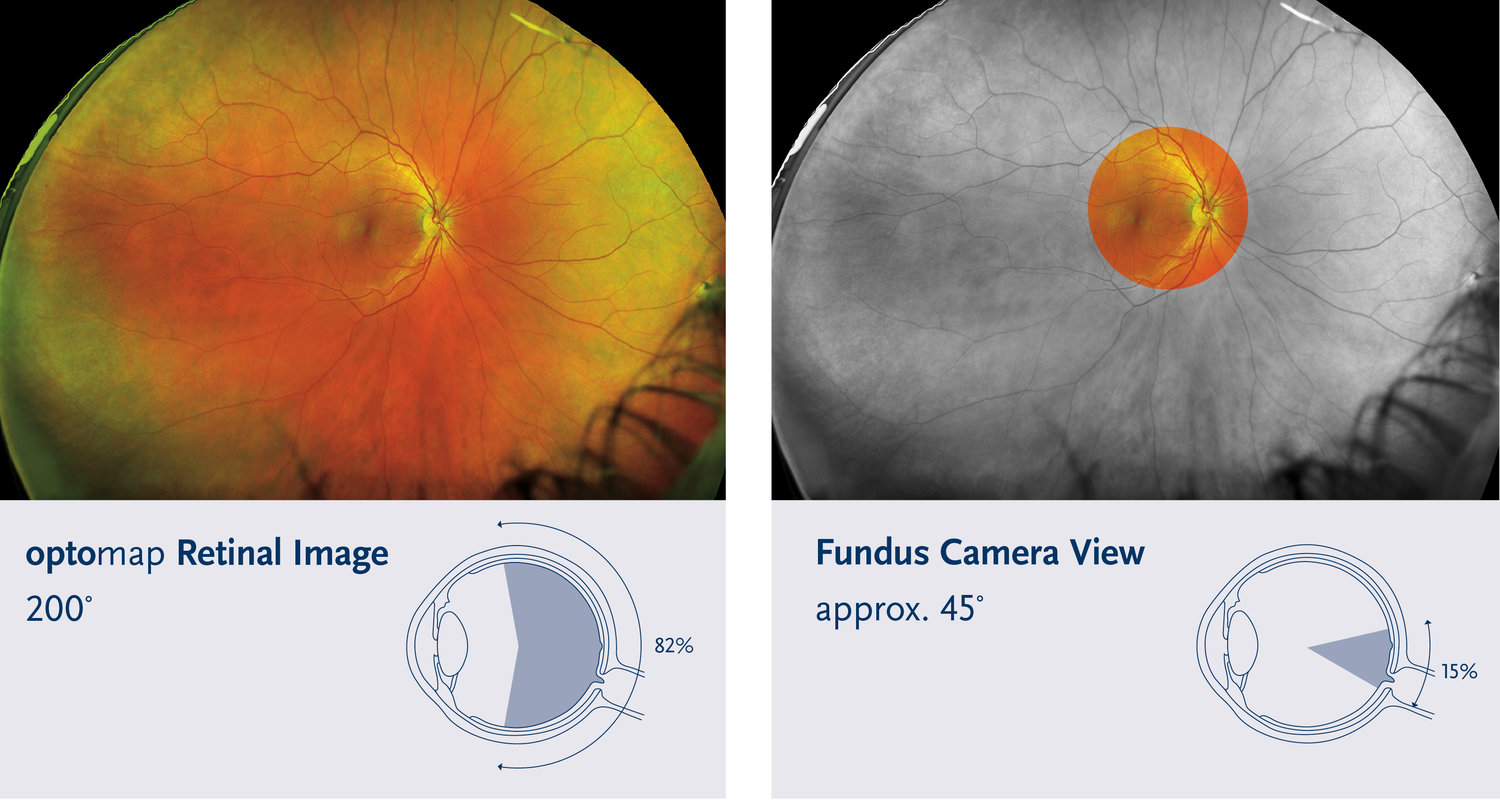